iPhone 12 teardown video has surfaced just ahead of its sale going live in initial markets including Australia, Canada, the UK, and the US. The teardown coverage reveals that the new iPhone model carries Qualcomm Snapdragon X55 5G modem. This is the same modem that you’ll get on smartphones such as Mi 10T and OnePlus 8T. The teardown also shows how Apple has made some space for new antennas by shrinking some of the core components. The new iPhone comes with MagSafe magnetic assembly to support a host of new accessories.

A detailed teardown video posted on both Weibo and YouTube highlights similarities in the overall layout of iPhone 12 and iPhone 11. However, there are key differences that are apparently designed to bring 5G support.

One of the major distinctions between iPhone 12 and iPhone 11 is the presence of a larger logic board on the new model. However, other key components, including the Taptic Engine and the loudspeaker assembly, are smaller when compared to those on iPhone 11. The OLED display of the new iPhone also appears to be thinner than the screen of last year’s model.

The teardown video also shows MagSafe magnetic assembly that is available alongside the wireless charging coil. iPhone 12’s 2,815mAh battery, that earlier surfaced on a Brazilian certification, is also seen in the video. In terms of capacity, it is 15 percent lower than iPhone 11’s 3,110mAh battery.

Although the teardown video doesn’t provide any clarity on the 5G modem, another video is posted on Weibo that shows the presence of Snapdragon X55 on the L-shaped logic board of iPhone 12. It enables support for both 5G mmWave and Sub-6GHz networks. Snapdragon X55 is the successor to Qualcomm’s first commercial 5G modem — Snapdragon X50. 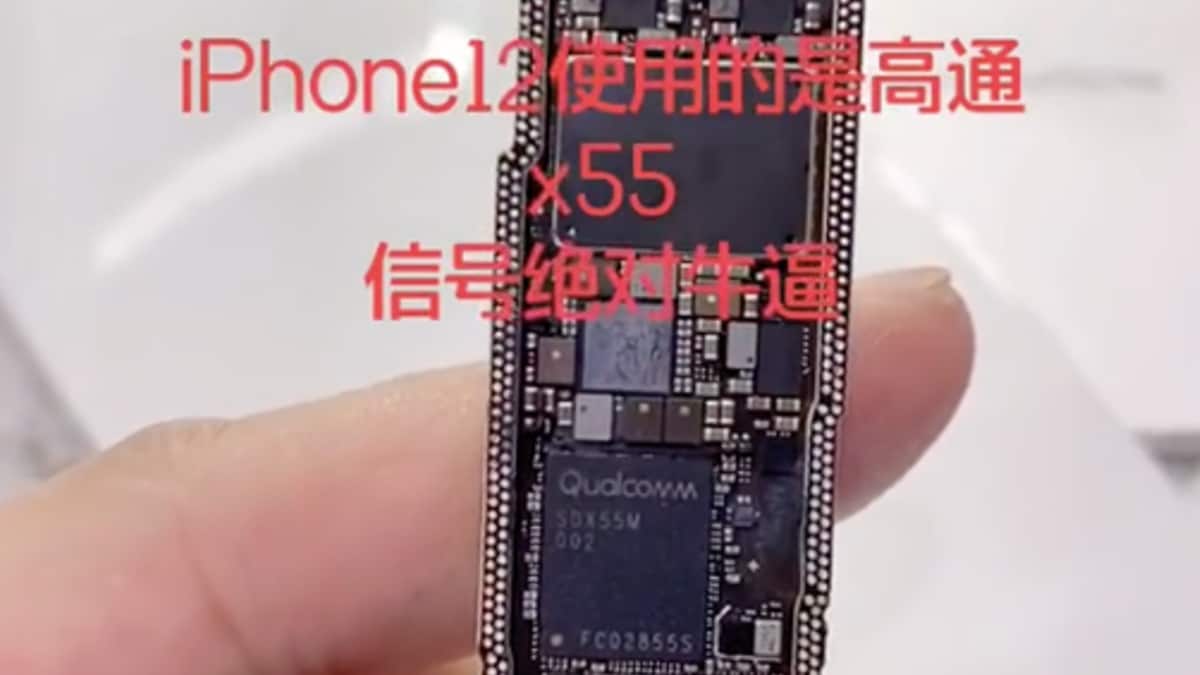 Some earlier reports suggested that Apple might use a 5G modem made by Intel. However, Qualcomm itself confirmed the inclusion of a Snapdragon modem on iPhone 12 series just ahead of its official launch.

Apple Expands Its 'Express' Retail Stores in US, Europe for the iPhone 12 Experience