The Mandalorian season 2 begins later this week — on Disney+ and Disney+ Hotstar wherever available — with the return of Pedro Pascal’s title character alongside the cutest character currently on TV: Baby Yoda. The duo will go on more galaxy-spanning adventures in a galaxy far, far away, which is chiefly about finding Baby Yoda’s home. That won’t be all though. The Mandalorian season 2 will also give us storylines that don’t involve Mando or Baby Yoda, with creator and showrunner Jon Favreau inspired by formerly the biggest TV show on the planet: Game of Thrones.

From Mirzapur to The Mandalorian, What to Watch in October

That title is now arguably with the first-ever live-action Star Wars series, which has become such a hot property that Disney isn’t giving early access to any critics, concerned that those episodes might leak to the public corners of the Internet. Game of Thrones stopped sending episodes entirely after season 5 screeners were leaked by an approved party. The Mandalorian is trying to stay ahead of the curve, it seems. What that means for you is that there won’t be any reviews of The Mandalorian season 2 prior to release. Everyone gets to watch at the same time.

The Mandalorian Season 3 Moves Ahead Before Season 2 Begins

With that, here’s everything you need to know about The Mandalorian season 2.

The second season of the Star Wars series will premiere Friday, October 30 worldwide. In India, The Mandalorian season 2 episode 1 will be available between 12:30pm – 12:45pm IST, as is usually the case for all Disney+ originals. All future episodes will release Fridays during the same time.

Speaking of episodes, there are eight episodes in total in the second season of The Mandalorian, just as with the first season. Episode titles will only be revealed when new episodes drop every Friday, though they will have the same prefix pattern used previously: “Chapter X”, where X signifies the overall episode number. Hence, The Mandalorian season 2 begins with “Chapter 9” and will end with “Chapter 16”.

Favreau has written every episode of The Mandalorian season 2 save for “Chapter 13” (Dave Filoni) and “Chapter 15” (Rick Famuyiwa). Favreau, Filoni, and Famuyiwa are also among the directors alongside Bryce Dallas Howard, Carl Weathers, Peyton Reed, and Robert Rodriguez.

In mid-September, Disney and Lucasfilm unveiled the first trailer (below) for the second season of The Mandalorian, a week after dropping first look images. It revealed that Mando will search for the Jedi — they are described as “an order of sorcerers” — as they can apparently help him reunite Baby Yoda with its kind. It includes a blink-and-you-miss-it glance at a hooded character played by Sasha Banks, though it’s unclear if that means she’s playing a Jedi.

And then last week, we got a second trailer — dubbed “special look” and just a minute long — which dropped further hints about Mando’s quest in season 2: he’s going to try and locate other Mandalorians, who will help “guide” him, he believes. 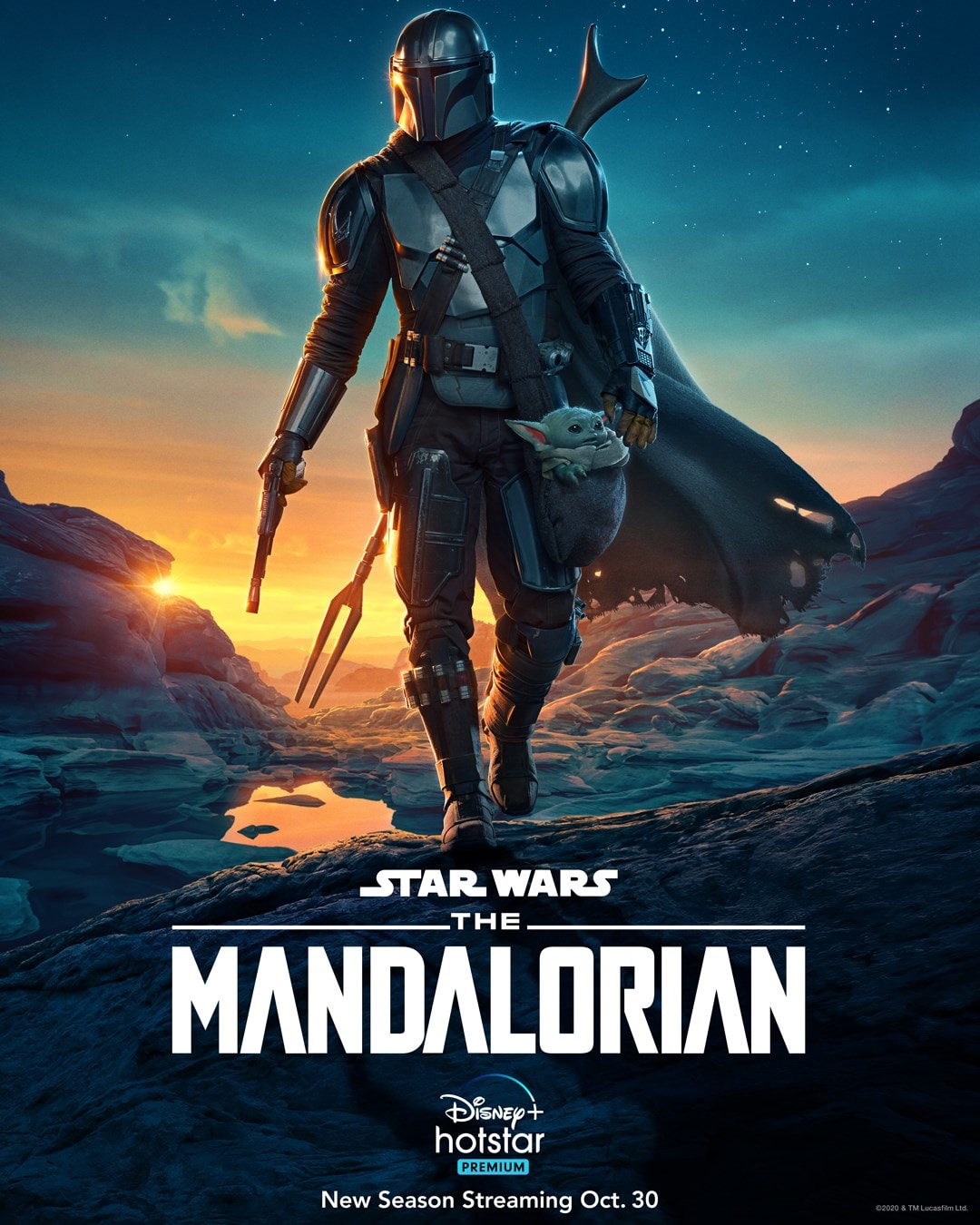