Micromax Co-Founder Rahul Sharma on Its Comeback in India, and the Challenges Moving Forward


Micromax helped create the budget smartphone market in India, rising to being one of the biggest brands in the country, but around the same time that it was working on a global expansion and roping in international stars like Hugh Jackman, rivals from China, which had been a major source of technology for the company, entered India themselves, and quickly and comprehensively took over the market. Today, four out of the top five phone brands come from China. However, Micromax has spent the better part of the year working on a comeback with a new brand called In, and recently unleashed a marketing campaign with the tag-line Cheeni Kum — an obvious allusion to the competition.

The new series — In — is targeted at Indian consumers looking for a value-for-money, performance-rich smartphone, according to co-founder Rahul Sharma. But instead of highlighting any features suggesting affordability or performance, the company has focused on the anti-China sentiment in the country for promoting the revival. This is unlike the first stint of Micromax in which it emphasised largely on product specifications and majorly promoted features over nationalism.

“I think we will require fewer dollars in marketing in comparison with all these other players,” Sharma told Gadgets 360.

Speaking to Gadgets 360 over a call, Sharma said that when the Chinese players came in 2016 or so, then everybody started losing the ground. “It was not only Micromax but everybody including all Indian brands as well as Samsung was starting to lose their positions in the market. But specifically for us from 2016, whatever phones we were making, we were actually losing money,” he said.

“Micromax had a great past. But it was only when the Chinese players came in 2016 or so, then everybody started losing the ground.”

At the time, Micromax had to make an exit, but the recent Production Linked Incentive Scheme (PLI) by the government chiefly convinced Sharma it was time to make a comeback. But what would an “Indian” smartphone maker look like, and just how “aatmanirbhar” can it be?

Apart from the new In series that is launching on November 3 and is coming between Rs. 7,000 and Rs. 25,000 price bracket, Micromax has plans to invest as much as Rs. 500 crores in the country in the next 12 to 18 years, Sharma said. The Gurugram-based company also has plans to launch a series of connected devices. This is in line with the playbook being followed by brands like Realme (which just launched its ‘AIoT’ ecosystem), and Xiaomi (whose ecosystem includes everything from smart lights and Wi-Fi enabled air purifiers, to beard trimmers and shoes).

So how does Micromax plan to fill in these niches, and what does it mean when Sharma talks about an “Indian” smartphone? Gadgets 360 talked to Sharma about this and more a few days back. Edited excerpts of the conversation follow: 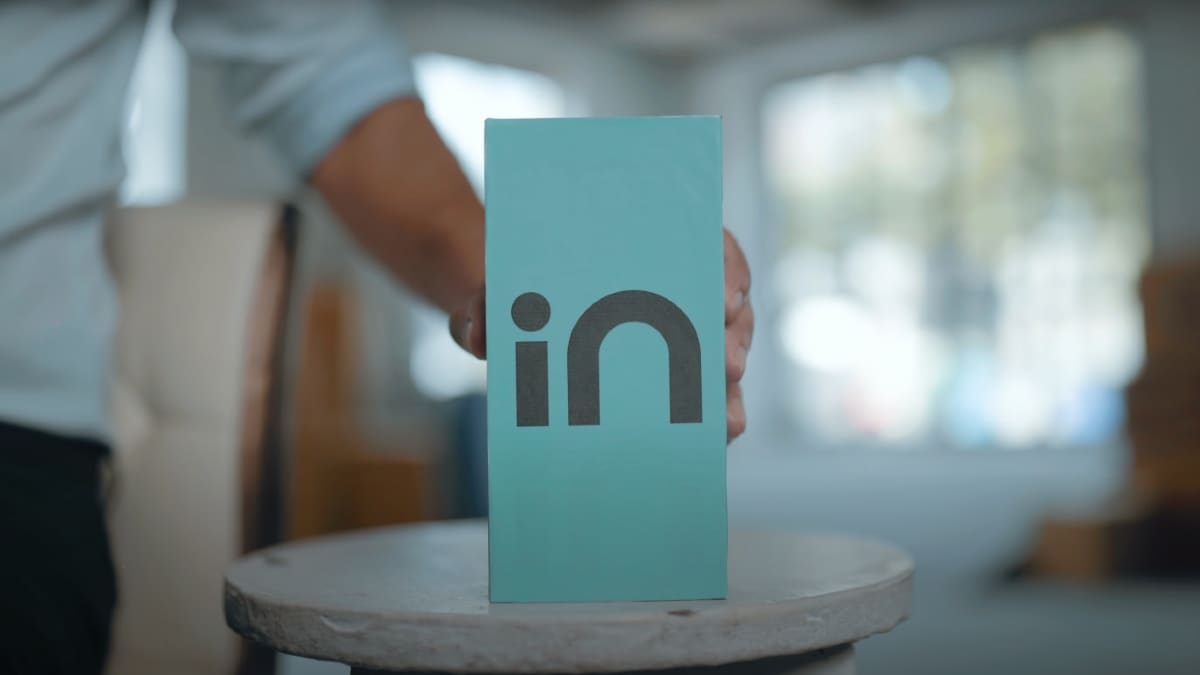 What’s the plan to succeed this time?

We already have a solid manufacturing line in the country; there are three factories that are not just manufacturing our products but also products of many other companies. But this time, we will have a major focus on our R&D. And with the great government backing in terms of the pricing, we will be able to fight with the Chinese — with the fact that people are looking for a legitimate Indian option. Also, if we are able to make great products and do more R&D out here in this country and ensure that India becomes the ecosystem for the world for mobile phones, I think that would be our real victory.

We’ve heard that Micromax is planning not just one or two but a range of phones this time. So, would all those be a part of the In series?

Yes, the focus is right now on the In series only.

Does this mean that we may be able to see the revival of Canvas and infinity series as well in the future?

Maybe later on, but as of now, the focus is on In series because it is all about performance. The times have changed in the last two-three years. We have started using the mobile phone more as a productivity tool.

Don’t you think that there is a red ocean particularly in the Rs. 7,000 price segment as we already have a lot of Chinese companies as well as Samsung there with a strong presence?

Of course, there is competition in the market. But the competition exists in the Indian market for quite some time. When Micromax originally started manufacturing phones, people had started telling us that have you turned crazy? Nokia was the king at that time in the mobile phone market. People were, thus, at that time saying that who would buy a phone carrying Micromax’s brand name.

Micromax indeed once succeeded in the market. But don’t you think the market has become more challenging this time as consumer awareness and the expansion of tech media are at a new high nowadays?

Competition always exists, and you need to do your work to stand out. When we came into the market initially, companies including Nokia and Samsung had a strong presence. We had taken care of them. Now, we are coming back with certain backing from the PLI, national sentiment, and more focussed R&D this time, there is a space to succeed. We certainly acknowledge the competition and we will try very, very hard to gain success again. 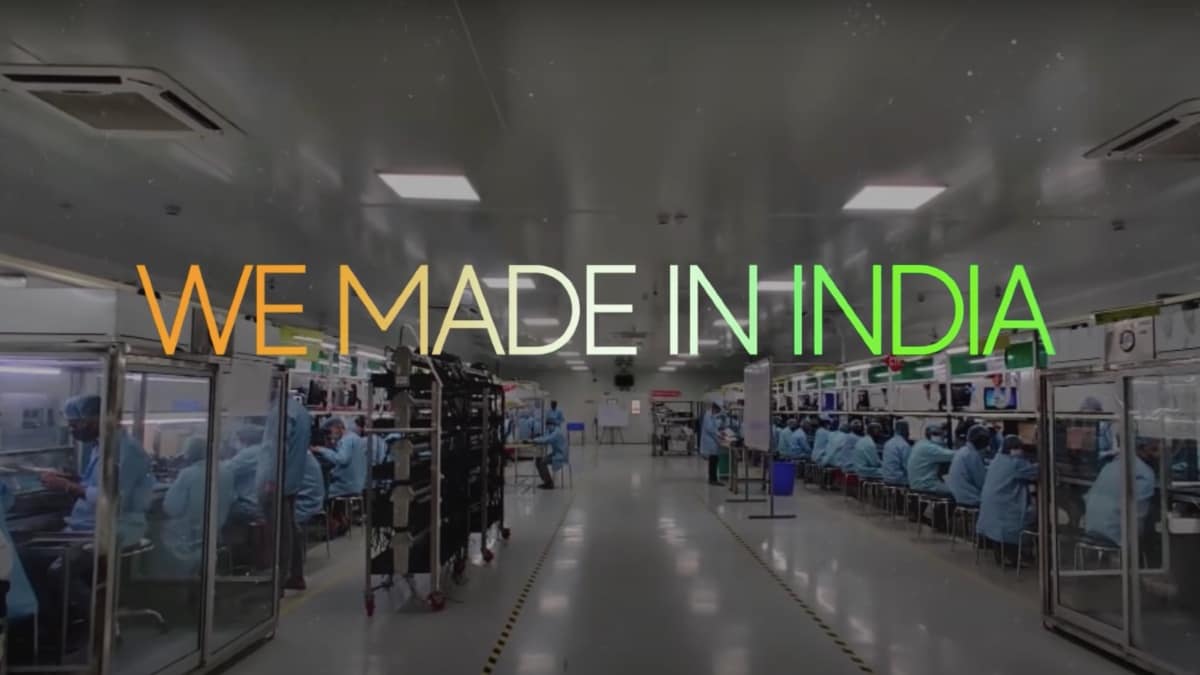 In addition to the launch plans, you said Micromax is planning to invest Rs. 500 crores in the country. Would that investment be limited to expansion of your production capacity in the country Or are there any plans to invest that money in some other Indian startups?

It will be a combination of R&D, marketing, and manufacturing. And slowly, what we’ll do here is we want to bring in more and more SMEs here — as many as we’ll be able to bring in to the country and create new jobs.

Does this also mean that you’re open to invest in some Indian startups as well?

Why not? We have always been investing in so many startups.

You’re talking about pricing and affordability. How would Micromax ensure an adequate balance between the cost and experience to attract the masses in the country?

We got to know from some market analysts that Micromax had nearly a lakh shipments in December last year. So, has there been any inventory loss since the company put it on silent mode?

We stopped participating in the smartphone market maybe in the last two years. We haven’t launched much since then. We were not having much of the inventory and whatever was there, we were able to sell that out following the lockdown restrictions were eased by the government in May.

In the video teaser a couple of weeks back, you talked about the border clash between India and China that triggered you to bring Micromax back to the market. So, was the plan started after that Galwan Valley skirmish that took place in June?

But did that plan come post the border clash?

The work was already in place towards the comeback. But, of course, that thing just fast forwarded everything.

Between 2014 and 2019, as per the data available publicly, the company value dropped 90 percent. How can Micromax make a comeback today with that drop?

You can treat us as a startup.

So, what’s the source of funding?

It’s not like we were not doing any business. We were still selling feature phones. We were, in fact, selling around seven lakh phones every month. So, the company was going on, the distribution and the service was in place. It was only that in the last two years, we stopped making smartphones. Thus, we will initially do internal accruals and we would still need some external funds, we’ll take a decision.

But after the losses suffered in the intervening years, if you’re going to spend heavily on R&D, distribution, and marketing, as you suggested all these areas as well, so then how will you support that with all your internal funding?

We have that much funds in place.

In the video, you spoke about the government’s Atmanirbhar Bharat (self-reliant India). But do you think we have enough sources in India to go beyond assembling phones at this moment?

No country has a complete end-to-end manufacturing where you’ll get fab facilities alongside production for each and every single component. That is also a more government initiative — requires billions and billions of dollars and a lot of subsidy. But calling that merely assembling of phones takes place in India is wrong. We have our surface-mount technology (SMT) machines that populate printed circuit boards (PCBs). This results in manufacturing. We, however, need to source components from outside.

As you highlighted the part that critical components like the system-on-chip (SoC), the camera, and the display will have to come somewhere from outside India. So, what should be the source for your supply chain?

We’ll be sourcing around 50-60 percent of our components locally and the rest will come from outside of India.

So, would that sourcing be from China only or are there other countries as well?

There will be China, Korea, and Taiwan — depending on where we would be able to get particular components. But this is not something limited to Micromax. It’s for all smartphone companies that exist in India.

“There will be China, Korea, and Taiwan — depending on where we would be able to get particular components.”

Apart from smartphones, Micromax has plans to enter the Internet of Things (IoT) market with its connected devices. Will all those devices also be manufactured at your facilities only?

We have the biggest electronics manufacturing services (EMS) facility in India right now. We are manufacturing for others as well. So, I think all those devices will be manufactured at our facilities only.

Would those devices come alongside the smartphones or at a later stage?

We will be leading it from the smartphones and then later on, we have connected smart TVs. We also have a great manufacturing facility for air conditioners. So, we will make and of course, a lot on the accessory side. But all these things will come later on.

Lastly, are you hoping for support from the government in terms of increased duties from Chinese brands?

Why are smartphone prices rising in India? We discussed this on Orbital, our weekly technology podcast, which you can subscribe to via Apple Podcasts, Google Podcasts, or RSS, download the episode, or just hit the play button below.

iPhone 12 Pro, iPhone 12 Pro Max to Help Visually Challenged Users Find How Far They Are from Others

OTP Troubles? Here’s Why You May Not Be Receiving Important SMS Messages Today